Since 2008, the percent of people who use social networking sites/services several times per day has increased from 5% to 22%. 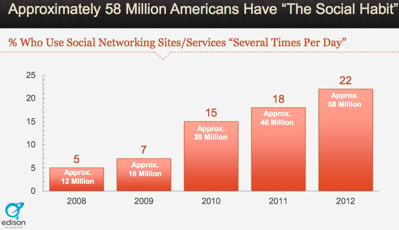 While the younger generations are still significantly more likely to use social network sites, the fastest growth has come from internet users 74 and older. Social network site usage for that age group has quadrupled since 2008, from 4% to 16%.

Studies have found that social media use amongst the elderly can be beneficial beyond keeping them connected. One study found that older adults active on social media were a third less likely to suffer from depression.

Join the social media movement (if you haven’t already) by following LifeStation on Twitter or liking our Facebook page.